American And The World In The Age Of Obama 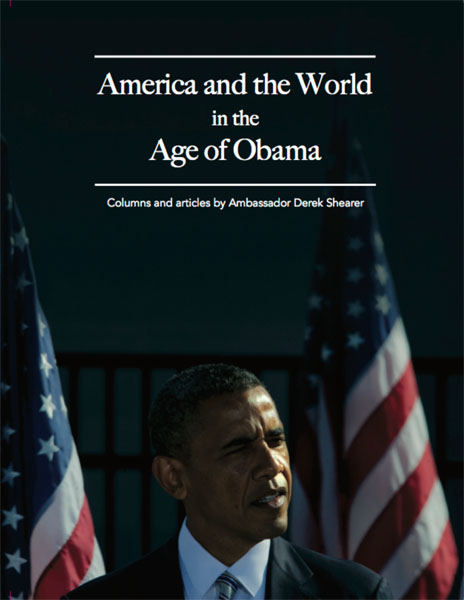 AMERICAN AND THE WORLD IN THE AGE OF OBAMA

America and the World in the Age of Obama features pieces that deal with political and economic commentary on the presidency of Occidental College alumnus Barack Obama. Written by Occidental’s Ambassador Shearer, many of the articles describe course projects that analyzed the policies of the Obama administration. In others, published each December, Ambassador Shearer reflected on the year’s events and also highlighted his favorite books and films. As a friendly critic of the President and his administration, Ambassador Shearer suggests constructive policies to further progressive goals, especially in the realms of the economy and US foreign policy.

Ambassador Shearer is the Stuart Chevalier Professor in the department of Diplomacy and World Affairs at Occidental. He is also the Director of the McKinnon Center for Global Affairs.