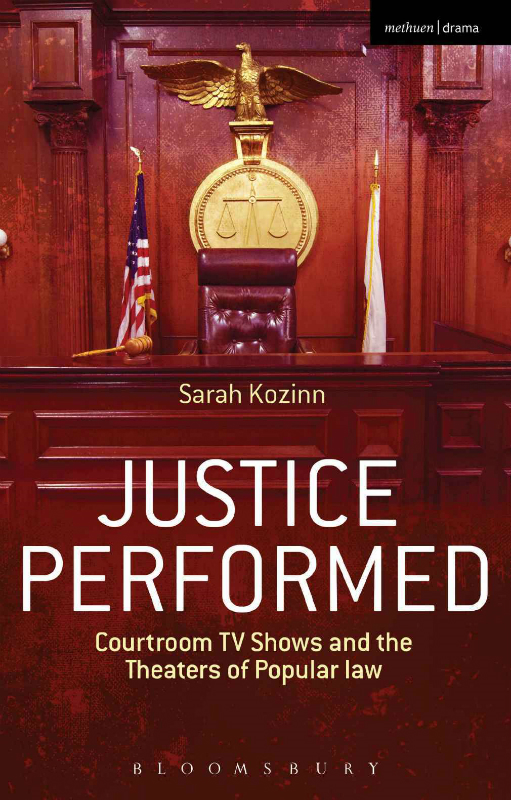 Justice Performed: Courtroom TV Shows and the Theaters of Popular Law is the first study of the reality TV genre to trace its theatrical legacy, connecting the phenomenon of the daytime TV shows to a long history of theatrical trials staged to educate audiences in pedagogies of citizenship. It examines how judge TV fulfills part of law's performative function: that of providing a participatory spectacle the public can recognize as justice. Since it debuted in 1981 with The People's Court, which made famous its star jurist, Judge Joseph A. Wapner, dozens of judges have made the move to television. Unlike the demographics in actual courts, most TV judges are non-white men and women hailing from diverse cultural and racial backgrounds. These judges charge their decisions with personal preferences and cultural innuendos, painting a very different picture of what justice looks like.
Drawing on interviews with TV judges, producers and production staff, as well as the author's experience as a studio audience member, the book scrutinizes the performativity of the genre, the needs it meets and the inherent ideological biases about race, gender and civic instruction.

Sarah Kozinn is a Professor of Theater at Occidental College