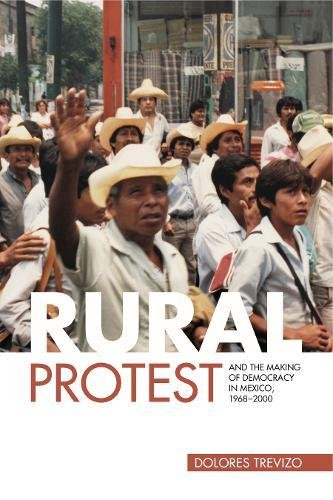 When the PRI fell from power in the elections of 2000, scholars looked for an explanation. Some focused on international pressures, while others pointed to recent electoral reforms. In contrast, Dolores Trevizo argues that a more complete explanation takes much earlier democratizing changes in civil society into account. Her book explores how largely rural protest movements laid the groundwork for liberalization of the electoral arena and the consolidation of support for two opposition parties, the PAN on the right and the PRD on the left, that eventually mounted a serious challenge to the PRI. She shows how youth radicalized by the 1968 showdown between the state and students in Mexico City joined forces with peasant militants in nonviolent rural protest to help bring about needed reform in the political system. In response to this political effervescence in the countryside, agribusinessmen organized in peak associations that functioned like a radical social movement. Their countermovement formulated the ideology of neoliberalism, and they were ultimately successful in mobilizing support for the PAN. Together, social movements and the opposition parties nurtured by them contributed to Mexico’s transformation from a one-party state into a real electoral democracy nearly a hundred years after the Revolution.

Dolores Trevizo is a Professor of Sociology at Occidental College